Boktipset: The girl must die 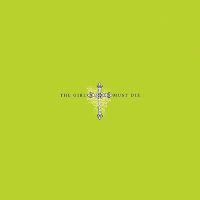 "This is for the Real McCoy Monster Girls-not because they WANT to be -but because they need to be. For some it's a calling, their actions directed by an unknown force. For others, it's in their blood. The DNA that has been passed down from The Beginning of Time, back when tiny
people lived in transistor radios, vaginas had teeth, and Neanderthal Monster Girls squatted through The First Supper, leading to the tantrums and quiet tensions of post-modern dinner tables of today."

"This is for the ones who must white-knuckle it through polite society. We eat sugar-free nothing, for we "are" sugar: Granular. Unrefined. Evil. There's no "on/off" switch, no safety net, no do-overs or practice throws. You have one chance, and one chance only, like a fearless
tightrope walker. One mis-step and you'll plummet into the gorge of mediocrity."
Erika Lopez wrote books like "Flaming Iguanas" for Simon & Schuster before she hit the skids and ended up on welfare. Some say it's because she's mean. Some say it's because she's loud. Some say it's because she told people to get her books at the library. Regardless, she's back and taking her rightful place at the head of the rickety kid's table with the prettiest little brick of a book she's ever made. Its existence is a metaphor for coming out of hell clutching a handful of flowers. It's about white-knuckling it through a seemingly endless tour of The Abyss, and realizing that whatever doesn't kill you will eventually turn you on.

"whatever doesn't kill you will eventually turn you on"